As La Folia embarks upon its 2018/19 programme of performances and projects, we are delighted to announce Fawcetts as a ‘Season Sponsor’. One of Salisbury’s most established firms of chartered accountants, Fawcetts will be providing sponsorship towards a number of La Folia events across the coming season, from workshops in schools to professional concerts. 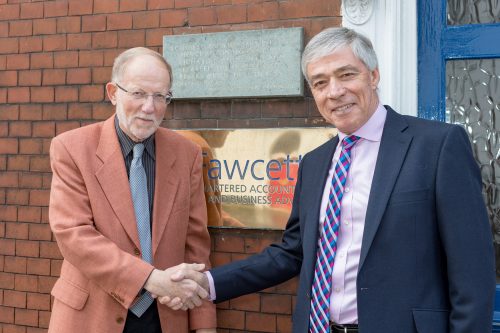 Fawcetts have supported La Folia since the music charity was first formed in 1986 under the name ‘Sarum Chamber Orchestra’. Richard Allen, Partner at Fawcetts commented: ‘As accountants, Fawcetts constantly strive to add value to our client services and adding value is precisely what La Folia does within our community in so many ways. Howard’s inspiring projects often involve members of the community taking part in musical performances which they may never have thought could possibly include them. This is particularly so in the case of the projects which have involved disadvantaged young people and those who have suffered life changing injuries within our armed forces. These projects bring so much joy to those lucky enough to take part because they open doors within themselves which might otherwise stay firmly shut. La Folia merits support from local businesses because employees and customers of those businesses are able to benefit directly or indirectly from the work it does within the community. Fawcetts is very happy to give tangible support as a season sponsor.’

Howard Moody, La Folia’s Artistic Director describes the value of Fawcetts’ support: ‘Thank you to Fawcetts for being our most loyal and long-standing sponsor. They have always appreciated our uncompromising level of artistic quality as well as our tireless commitment to the local community. Their generosity has facilitated so much, and will continue to do so as we embark on a new season of performances and projects’.

Fawcetts act for a wide variety of individuals, businesses and charitable organisations across Southern England and beyond, providing audit, accountancy, taxation, financial and associated business support services. The Fawcetts team has particular expertise in a range of specialist sectors, including charities, independent schools, agricultural and rural affairs, equestrian businesses and the construction industry. www.fawcetts.co.uk

If you would like to become a La Folia sponsor, please contact Kate Burrough, Fundraising and Development Manager on kate.burrough@lafoliamusic.org.