“La Folia is fortunate to have at its helm someone as talented as Howard Moody. Howard has worked with my orchestras and the Monteverdi Choir for some years now, and I am constantly amazed by his musicality and the imaginative approach he brings to everything he does – inspired leadership.” Sir John Eliot Gardiner, conductor/writer/patron 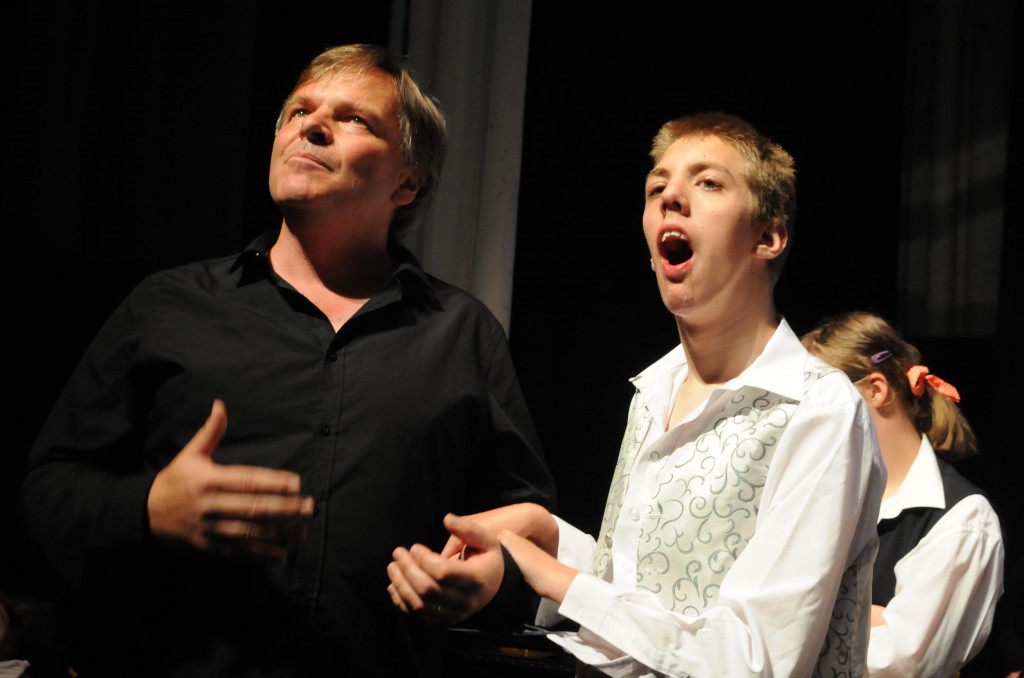 As a conductor he has worked with many of the leading groups throughout the UK and Europe including London Symphony Orchestra, Scottish Chamber Orchestra, Icelandic Opera, La Monnaie, Wroclaw Philharmonic, Orchestra delle Toscana, Opera Factory, Sarum Orchestra, Netherlands Radio Chorus, Schola Cantorum of Oxford and Ageas Salisbury Festival Chorus. He is artistic director of La Folia, a diverse group of musicians and other artists that commission and devise new work.

As a keyboard player Howard crosses the worlds of both classical and improvised music, recording for ECM, Chandos, SDG, Guild and BBC and is a principal keyboard player of the English Baroque Soloists and the Orchestra of St Johns. Collaborations have included artists as diverse as David Watkin, Ken Aiso, Matthew Barley, Mark Padmore, David Freeman, Ian McMillan, Marianne Faithfull, Marc Almond and Sir John Eliot Gardiner. As an improviser he has worked extensively with the legendary saxophone player John Surman, playing at many of the leading jazz festivals.

A special interest in creative projects which develop young people’s imaginative ideas into dramatic, instrumental and vocal works involves Howard as a composer and animateur for La Folia, Theatre Royal Norwich, Chichester Festival Theatre, The Anvil, Glyndebourne, Scottish Chamber Orchestra and London Symphony Orchestra where he is artistic director of the LSO On Track Next Generations project. For La Folia, Howard is especially committed to finding innovative ways of bringing live music making of the highest calibre to people who may otherwise not have the opportunity to experience it.