Composer, multi-instrumentalist and La Folia patron John Surman has been announced as the winner of the 2017 Ivors Jazz Award. 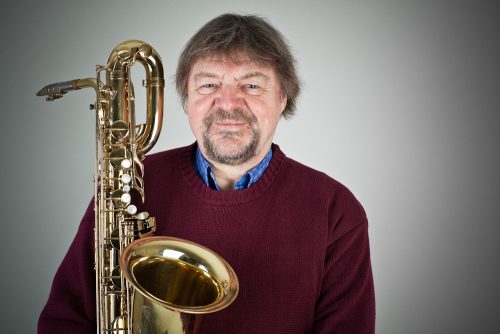 A key figure in British and European jazz, John has long been acknowledged as an improviser of world class. With over 100 albums to his name (quite apart from thousands of other recordings), he is also the composer of a body of work extending beyond the perceived boundaries of the jazz repertoire. Winner of countless awards, he is active in music education, leading workshops and projects with youth jazz orchestras, and at music colleges, universities and schools in addition to his concert and recording work.

John has worked with La Folia as a commissioned composer on various projects (In All Weathers; Insects; Points of Departure; Just Deserts) and taken part in workshops and performances in a number of contexts, including Exeter House Special School and Salisbury City Hall. An arrangement of John’s ‘Tintagel’ (from The Road to St. Ives) was performed by the singing trust chorus and the La Folia Strings in La Folia’s 30th Anniversary Concert in October 2016, demonstrating the importance of John’s contribution to the music charity’s work over the decades.

The Ivors awards ceremony took place in London on Thursday 18th May 2017 at Grosvenor House, Park Lane. La Folia’s artistic director, Howard Moody, presented the award. In his speech, he referred to La Folia and John’s work at Exeter House School, recounting the moment when John turned up for a workshop with exactly the same energy and intention as for any prestigious concert. Within five minutes he was down on this knees playing the baritone saxophone next to a student with severe cerebral palsy. John’s generosity of spirit and utter musical genius encouraged the student to reach out physically and then join in with his own improvised song. 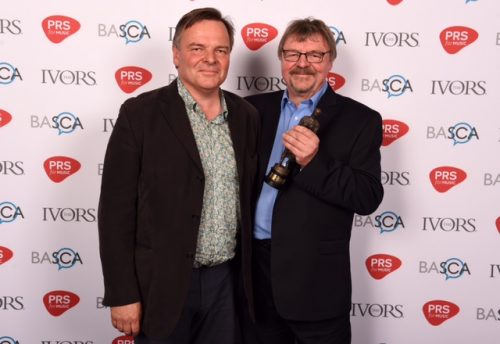 Photo by Mark Allan
With ‘The Ivors Inspiration Award’

Cutting through the glamour of the awards ceremony for just a moment, Howard’s speech was a welcome chance to share this story with some of the most high-profile figures in the music industry. The extraordinary work of La Folia provided an ideal opportunity to praise the open-heartedness of John’s musicianship.

The Ivors celebrate, honour and reward excellence in songwriting and composing. Created by BASCA in 1956 and sponsored by PRS for Music, they are named in honour of Ivor Novello, Britain’s most successful and distinguished theatrical composer at the time, and represent the pinnacle of musical achievement and peer recognition in the music industry.

Congratulations to John on receiving this prestigious award!