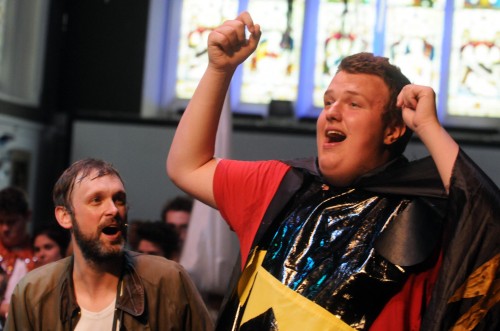 “Howard is an absolute magician, he manages to take the slightest thing from the children, whether it’s words or a sound, and turns it into music, which immediately engages the children and they take ownership because they recognise it came from them; it becomes their production.” Teacher

Can This Be Me?

A project to develop music in a sustainable way in Oakley primary and secondary schools, Tunbridge Wells, building on the Rusalka project of February 2013.
Workshops in both schools
Performance: Can This Be Me? 10 June 2014 at Oakley Senior School
Visit to Glyndebourne for rehearsal of Verdi’s La Traviata 1 October 2014