Over recent months, musicians from La Folia have been collaborating with students on the Foundation Studies Course at Wiltshire College & University Centre, Salisbury to create Celebrate Life: an album of original songs exploring what it means to be alive.

All are welcome at the album launch event, which will be held at Salisbury Arts Centre on Wednesday 28 November 2018, starting at 6.30pm. There will be an opportunity to meet the musicians, hear some of the songs performed live and purchase copies of the CD just in time for Christmas! 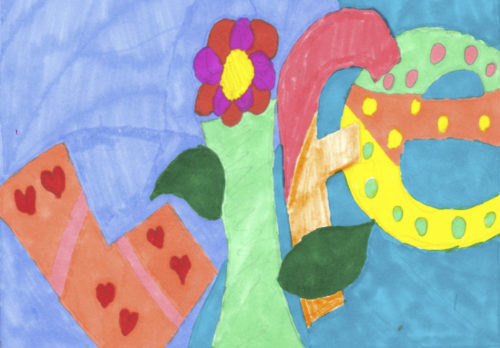 The album has been created as part of a project called ‘Continuing Songs’, facilitated by Salisbury-based music charity and production company La Folia. Many of the participating students began working with La Folia while they were pupils at Exeter House School. Howard Moody, La Folia’s artistic director, has led the project, alongside project artists Adrian Zolotuhin, Jeff Moore, Colin Brown, Buster Birch and Ruby Moody.

Howard Moody, artistic director at La Folia explains: ‘These ‘Continuing Songs’ are a testament to the culture of creativity that so many of these young artists have lived over many years. Although guided and enhanced by the professional expertise of the La Folia team, the words and melodies of every song were initially created by the students themselves. This project has been a true collaboration and provides an important opportunity for the voices of these extraordinary young people to be heard. Their messages are so moving and their reflections on life are so important for everyone to understand.’

Denise Lloyd, assistant principal at Wiltshire College & University Centre, Salisbury says: ‘The work that La Folia does is invaluable to the students. I hope we can continue our partnership for many years to come.’

Admission to the launch event is free. To book a seat please email sue.kent@lafoliamusic.org or call 01722 714249.